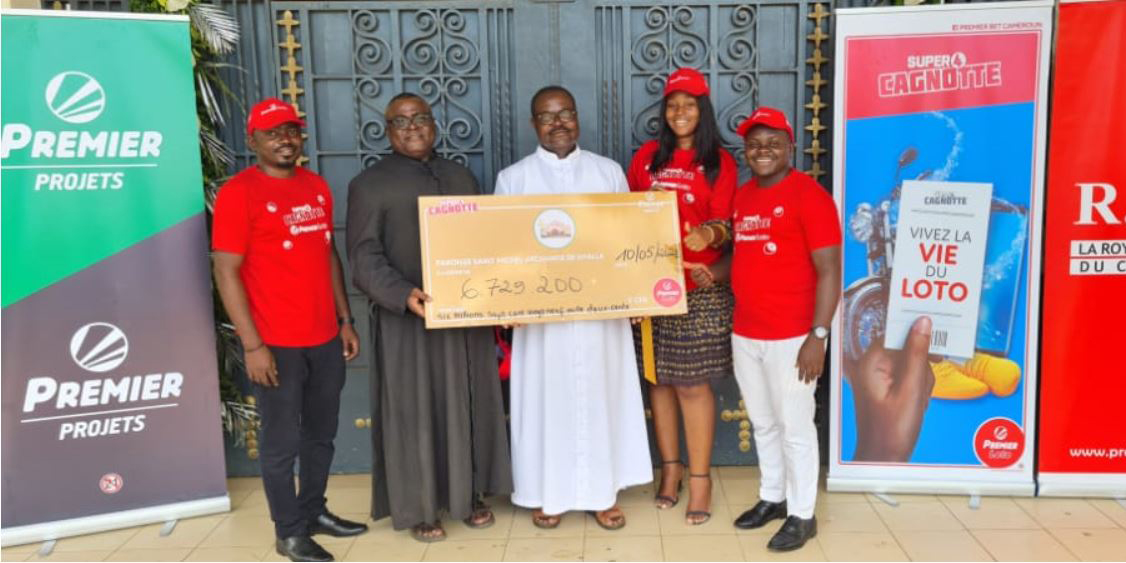 A special Super 4 Jackpot draw in Cameroon has raised over $37,000 for the three major religions of the country.

Premier Loto and their community department, Premier Projects donated every penny of their sales from the Super 4 Jackpot on May 5, 2021 to Catholic, Protestant and Muslim causes.

That total amounted to 20,187,600F CFA ($37,050) and was split evenly between three community projects dedicated to those religions.

The Saint Michel Archangel Parish of Nyalla, the Evangelical Church of Cameroon Nlongkak Yaoundé and the CESOQUAR Association and Social Work in Maroua, in the far-north region were the recipients of the donation.

The donations will be used on a variety of projects, which included food and equipment, support for vulnerable people, refurbishment work, waterlines and the installation of solar panels.

A spokesman for Premier Projects commented: “We are delighted to donate such a significant amount of money to three important religious institutions in Cameroonian society.

We would like to thank everyone who played the Super 4 Jackpot for contributing to meaningful community developments.”

There was more good news from the draw, as it transpired that two people won the jackpot, which stood at 42,700,000F CFA ($78,372)! The amount was shared evenly between the two lucky winners.

This is the second time that Premier Projects and Premier Loto have held such a draw. In April 2021, the pair raised $30,000 for an NGO that supports mothers of premature babies.